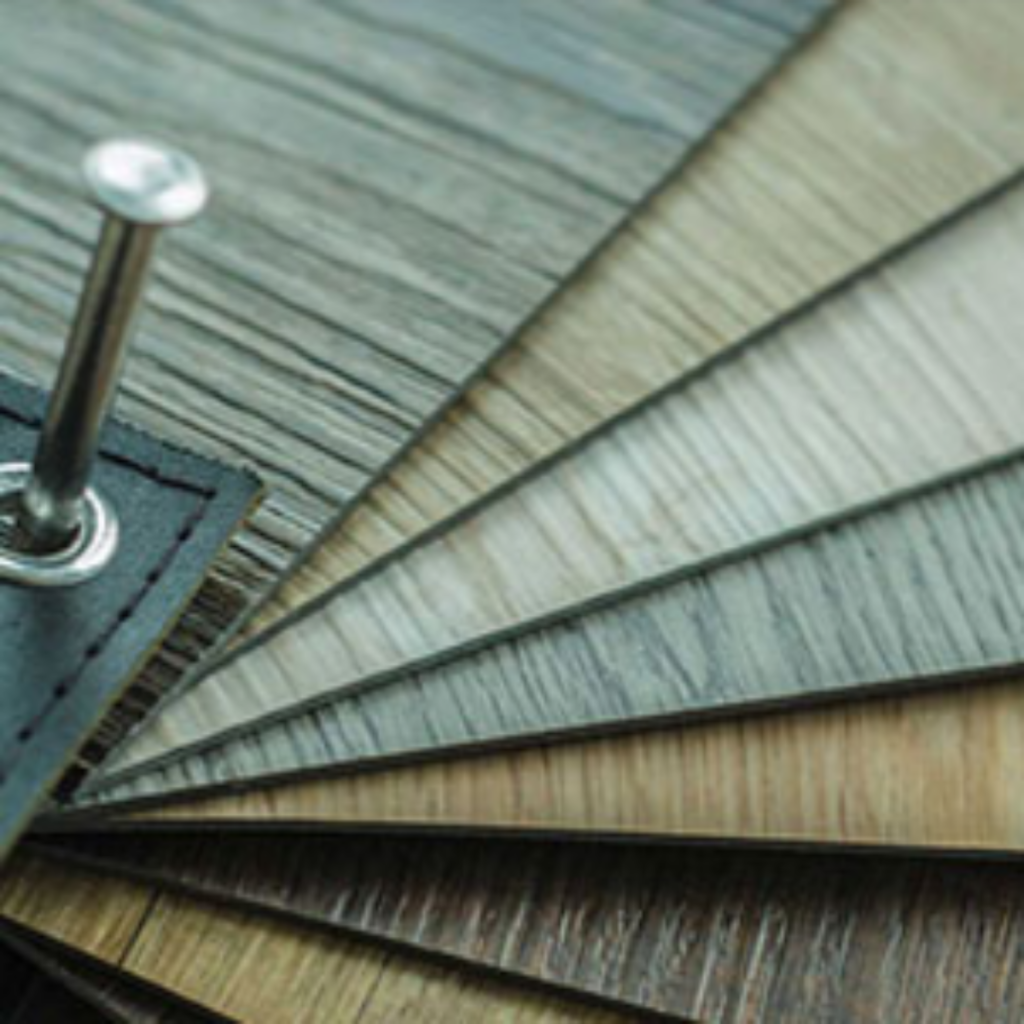 Brandie Stoeck, of Stoeck Interiors, had a client in need of a total remodel before selling the house.

The home was a 37 year-old, 4 bedroom which was a little over 5,000 square feet. It had an extra family room as well as an add-on in-law suite.

We want to walk you through the process of this project, from when Brandie first called us to the completion of the floors.

As we spoke with Brandie we really began to see that she had a specific vision and budget for the home. After speaking, we gathered some samples that would work well for the home and fit in with Brandie’s ideas and headed over to the house to meet with her.

After discussing the samples and what would work well in each part of the home, and taking room measurements, Brandie ended up choosing carpet and LVT flooring from the sample options we brought.

Brandie chose to go with LVT for the first floor, because, in her words, “it’s indestructible.”

The main floor originally had a combination of wood floors and carpet but she chose to switch it all over to LVT.

The stairs and the second floor were all being recarpeted. Both products were neutral colors, and the carpet had several neutral colors woven in.

Because the home was being sold for around $400,000, the floor quality needed to match the quality level of the rest of the home, so she ended up picking mid-tier LVT flooring and carpet.

There were two challenges within this project. The first is that the wood flooring on the first floor was glued to the concrete. This created an extra step of tearing out the wood and making sure the concrete was level and prepared for the new carpet.

Brandie commented that the process went smoothly, just as she had expected, and the end result is great.

The second challenge is that Brandie was not able to be on-site during the project’s process and completion, leaving our crew to finish up the project on their own. This ended up not being a challenge at all! She communicated with us how she wanted things, the direction of the floors, and any other specifics, and we made sure to meet and exceed her expectations. She said, “I knew it was going to be okay, and it was.”

For the mid-level flooring for the entire home, including hallways, and demolition, the flooring remodel ended up costing about $15,000.

Although Brandie did end up choosing to go with Delta for this project, (and we’re so glad she did!) she had spoken with another flooring company. We asked her why she decided to go with us, and she explained that there were two reasons she chose Delta over the competitor.

The first is that we brought samples to the consultation.

Brandie said, “Knowing exactly what was going to be going into the house was important” to her.

The competitor didn’t bring samples and she wasn’t confident agreeing to something when she wasn’t sure it was exactly what she was getting.

The second is that we were competitively priced. Knowing what she was getting, and getting it at a reasonable price made Delta her final choice.

Ready to Remodel Your Home?

Whether you’re an interior designer looking to collaborate on a home or a homeowner wanting to remodel, we are excited to work with you and up for any challenge, big or small.

Just call us and we’ll head over with samples and competitive pricing, just like we were able to do with Brandie. Ready, set, remodel!